In his State of the State address on February 11th, 2019, newly elected Governor Gavin Newsom spoke the following words regarding aging and long term care:

Now, let’s talk about something too often overlooked: The Golden State is getting grayer. We need to get ready for the major demographic challenge heading our way.

For the first time in our history, older Californians will outnumber young children. Over the next decade, our statewide senior population will increase by 4 million. In 25 years, it will double. And more than half will require some form of long term care.

Growing old knows no boundaries—aging doesn’t care what race you are, your economic status, or if you’re single with no other family support.

I’ve had some personal—and painful—experience with this recently. I lost my father over the holidays, after years of declining physical health and dementia. He was determined to live out his days with dignity. He also happened to be a retired public official with a pension and a support circle of family and friends. Even with all those advantages, it was a daily challenge to meet his needs so he could live in peace and maintain a good quality of life.

Millions of Californians share a similar story, and the numbers will only grow. It’s time for a new Master Plan on Aging. It must address…person-centered care.

Governor Newsom is really speaking about two related issues. The first is the financial impact of the aging baby boomers as they become sick and place huge burdens on Medi-Cal. He states that long term care expenses will double in 25 years, and that’s probably a low estimate.

The second issue regards caregiving. Most caregivers will be family members because there will be a shortage of professional caregivers and most families won’t be able to afford their cost. Many of you reading this are or have been caregivers. You know that caregiving is tough! It changes your life, let alone that of the person receiving the care.

It’s likely that Governor Newsom will bring a new sense of purpose to Sacramento and propose new solutions to aging and caregiving in California. Goodness knows we need new caregiving solutions right away. We now have a patchwork of many public and private agencies providing caregiving to various segments of our population, who often don’t know of or understand the programs that are available. There’s a possibility that the Governor will appoint one person to try to simplify and consolidate these programs.

The most comprehensive study on caregiving I know of is “Beyond Dollars” by Genworth Financial, which researched some 1,200 caregivers, care recipients, and family members in 2018. The big takeaway is that caregiving takes a significant toll on the financial, physical and emotional lives of the families and friends of every care recipient. No surprise here, but look at some of the statistical conclusions:

One can see from these numbers what a devasting impact a sick family member can have on the entire family. There are now a variety of products that provide long term care solutions. Are you sufficiently educated on these various options?

At first, many carriers saw long term care insurance as a terrific marketing opportunity and rushed into the market beginning in 1988 with competitive prices. For years, agents and brokers sold policies with the understanding that the carriers had appropriately priced their products, and that the chances for rate increases were small. However, the industry was a young one, and no one knew for sure whether or not the pricing would prove to be accurate.

The carriers then broadened the appeal of long term care insurance in the mid-1990s by including home health care as a major benefit, with little increase in premium. These benefits were very attractive to consumers, and they eventually led to a large number of home health care claims.

This, in turn, stressed the profitability of long term care insurance products. By the late 1990s, other problems arose, and carriers saw that their pricing assumptions were incorrect for four major reasons:

Until now, insurance commissioners have been very resistive of carrier requests for big rate increases because they would impose extreme hardship on senior Americans with limited income and assets. Their emphasis was to protect the consumer, which was the major part of their job. They believed that insurance carriers had created their own problems by underpricing their products in order to sell more. They “made their beds” and needed to sleep in them. Insurance is a gamble, and the carriers have lost, so they said.

But there has been a major change in thinking in the last five years. Insurance commissioners have realized that they need to provide carriers enough flexibility in pricing to enable them to pay future claims. Consumers in turn needed to be confident that their claims would be paid. They would be furious if their thousands of dollars of investment turned out to be wasted.

Insurance commissioners, therefore, needed to grant significant rate increases to protect consumers, and have done so. Because there was such a long period of time in which any rate increases which were granted were small, the rate increases needed now have only become greater as long term care insurance policies have matured.

This has led insurance commissioners to grant one-time rate increases as high as 80% to 95% on major blocs of policies. Carriers have to prove that their requests for rate increases are actually warranted.

In many instances, insurance commissioners are insisting that carriers offer benefit changes which can ameliorate or even prevent any increase in premium. These options can or cannot be acceptable alternatives, depending on the current benefits in a policy..

Brownstone has been an industry leader. He is past Chairman of the National LTC Network, an association of some twenty brokerages nationwide which together place about ten percent of all long term care insurance premiums. He is also an active member of the National Alliance of Insurance Agencies, which promotes various products containing long term care solutions.

He is the Government Relations Chairman of the SF/Peninsula Chapter of NAIFA, the National Association of Insurance and Financial Advisors. One of his goals is to revive the California Partnership for Long Term Care in order to protect more Californians and save the State of California billions of dollars in future Medi-Cal expense.

Brownstone is a native San Franciscan and fourth-generation Californian. A graduate of Andover and Stanford, he has been a long term care insurance specialist since 1991 and founded California Long Term Care Insurance Services, Inc. in 1997. 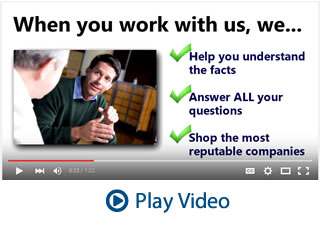